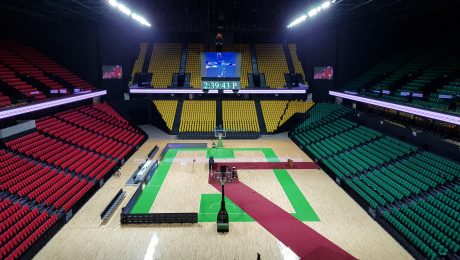 Key to the success of Arena seating projects are the comfortable seats you give the audience. It is true that perhaps the first thing to notice when arriving at the Arena is the building itself, but so the second first thing then for the visitors will be their opinion on the seats in the Arena, only the Arena equipped with comfortable and designed seats is one that will receive good criticism and first class criticism.

An arena with comfortable seats that will receive good reviews is the prime contractor’s entry for the project, which will receive praise from critics and the press and government officials, which will make the next project more secure for him. Arena seating projects are our profession and passion.

Therefore, for every contractor who builds a sports hall or any stadium and sports building, he must pay attention to choosing such comfortable and well-designed arena seats to give him the good name he is looking to give himself as a successful contractor. Arena seating projects always better with seatupturkey company (www.seatupturkey.net) .

Yes, the key to success are comfortable seats and designed in a variety of colors just like we did in our last two huge projects in Africa, Dakar in Senegal and Kigali in Rwanda. Now you can enjoy the pictures below from these two arenas that we produced comfortable seats for them. Yes the key for Arena seating projects is with Seatup Turkey LTD company . 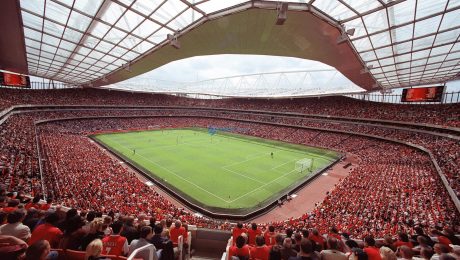 The demand for these stadium seats, especially as we said of the models mentioned above, only increases and increases over the years,

we are able to produce more than 6,500 seats per week from each one of these models.

That is mean, within one month we will be able to supply about 30,000 seats from each one of these models.

Which means that in a period of 7 months we can produce more than 200,000 seats from each one of these models.

Many costumers are askıng us  how many seats of the model STADIUS220 can enter in one 40 feet container?

So here are all the answers:

Also many costumers are askıng us how many seats of the model STADIUS401 can enter in one 40 feet container?

So here are all the answers:

To do mass production of stadium seats this requires strict adherence to high production conditions that we maintain in our factory.

same in shape and in color.  And this is our job in any production process of stadium seats and chairs.

success of your project hundred percent and without manufacturing errors.

Mass production is not a child’s play and you can not allow yourself to make a mistake in your manufacturer’s choice.

according to the agreed agreement. We have already heard of many cases where the seats were missing in time and games had to be

delayed and the contractor went into thousands of dollars penalty just because his manufacturer did not meet the schedule. 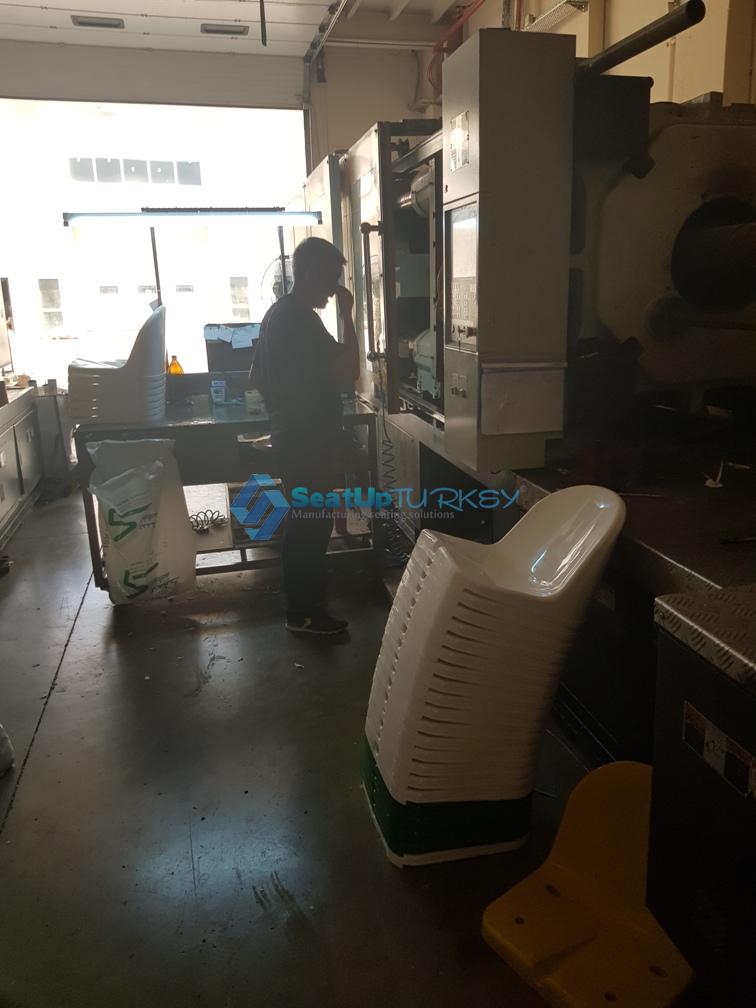 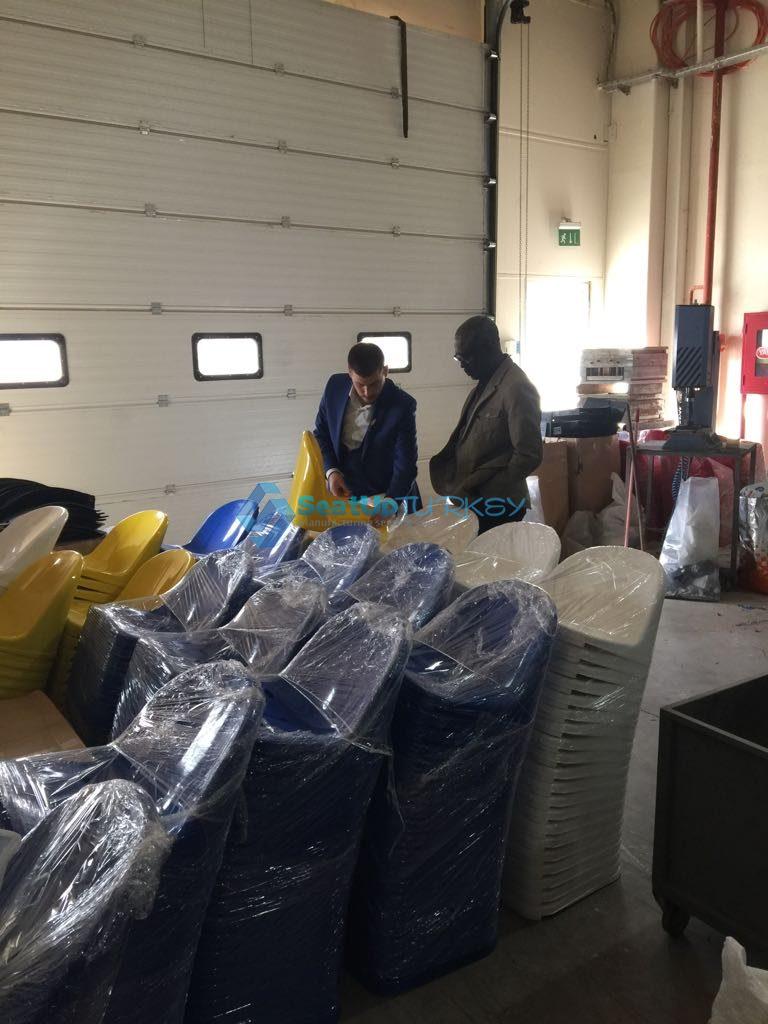 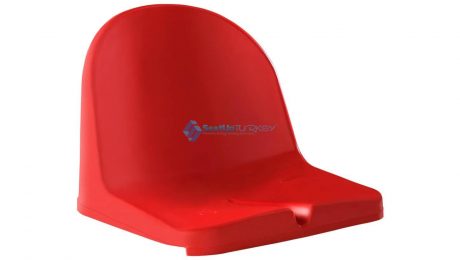 plastic stadium chair
Why our plastic stadium chair is the best? Because it is made of hard Polypropylene, which is fireproof and Anti UV,
strong and resistant to extreme weather without color degradation.
Our stadium seats model Stadius220 always stay with his shiny color It is very strong and durable in situations of vandalism.
Our stadium seat is the perfect solution for areas where there is a lot of rain or areas that suffer from moisture and humidity.
This is because in the middle of the seat there is a liquid drainage channel that causes the seat to always remain dry.
This canal also helps in cleaning the seat, water can be sprayed on the seats and the water will drain out of the seat thanks to the drainage
channel and therefore the seat will remain always clean and dry. For All technical data sheet and information please download plastic stadium chair:
TECHNICAL SPECIFICATIONS STADIUS 220
TECHNICAL SPECIFICATIONS MORE…
If you are a supplier of school equipment and gymnasiums, we strongly encourage you to purchase a large amount of our plastic stadium
seats  in a variety of colors so that you can provide your customers with this seat immediately and at the best price.
Currently, the price is around $ 5 per seat, but this may change as a result of the rise in the price of raw materials.
So hurry up to buy a large number of these seats today and you will benefit from it a lot.
These seats will not stay in your warehouse for a long time. Believe me. Because this is a product that always has a demand for schools for
sports halls and also for telescopic systems or for various events people will even be willing to rent these seats.
Therefore it is a business that you can just start with low costs and the potential for profit  in very short time is huge.
Do not miss this opportunity. plastic stadium chairs:
export@seatupturkey.net +905427196712 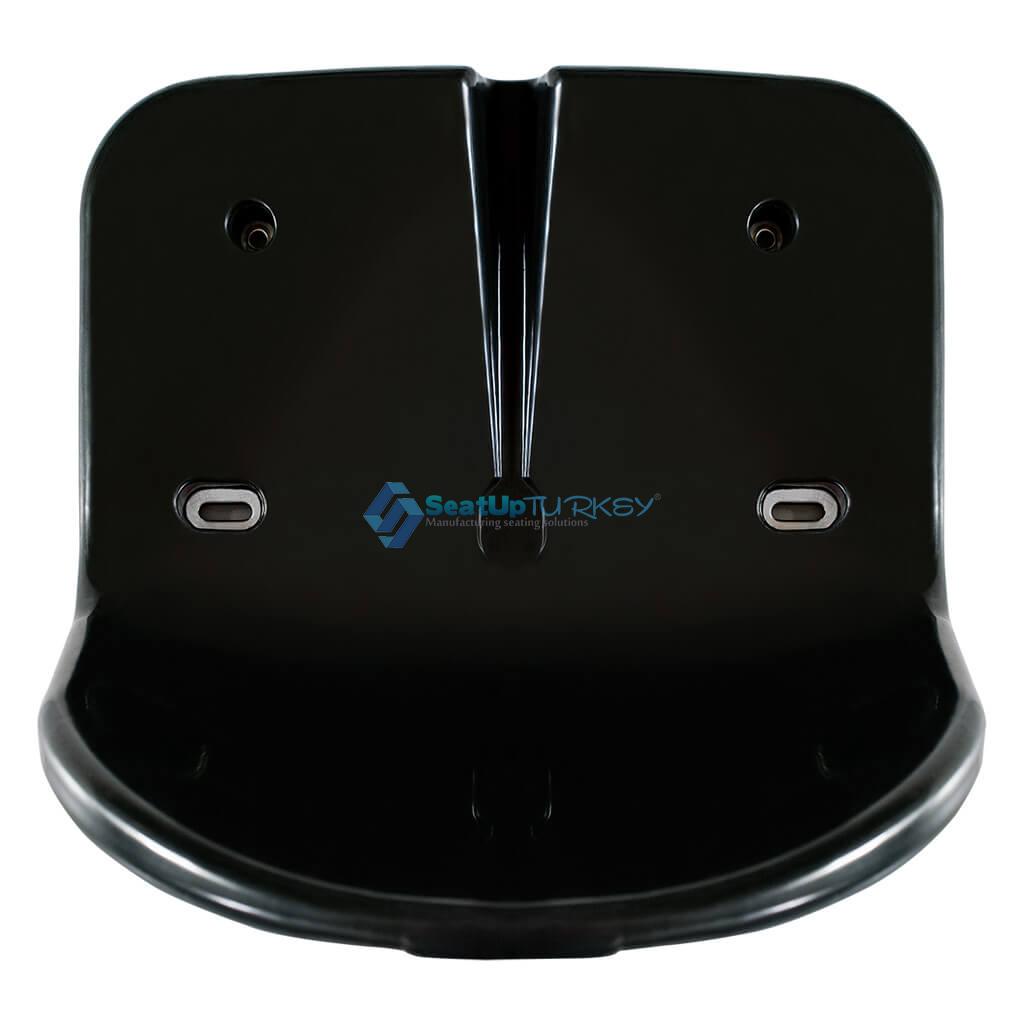 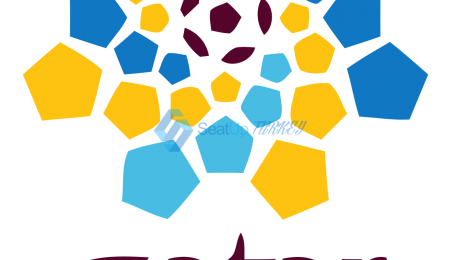 Qatar’s finance minister says the country is spending $ 500 million a week ahead of the World Cup
According to Ali Shaarif al-Amadi the World Cup in 2022 will be “the most expensive of all time.” The amount covers the expenditure on stadiums and other projects, including roads, a new airport and hospitals.

Qatar’s finance minister has discovered that the country spends about $ 500 million a week on projects to host the World Cup in 2022.

Ali Shaaref Al Amedi said the amount covered the expenditure on stadiums and other projects, including roads, a new airport and hospitals. The expenses, according to which, will continue at the same rate over 2021.

“We spend close to $ 500 million a week on projects,” El Amedi told the Associated Press news agency. “And we will continue with this for at least 3-4 years, so that we will meet the goals and be ready for 2022”
He added: “Ninety percent of the contracts of 2022 have already been signed, this does not mean only stadiums, we are talking about roads, railways, ports, airports, all the jobs started, even hospitals. We want to look like we’re still painting the place when people start coming to the country. ”
“Al-Amedi added that the World Cup in 2022 would be” the most expensive of all time, “but added that the spending, which speaks of an increase of about $ 200 billion in total, is about a fundamental revolution in the country, And falling prices of gas and oil because it is separated by a special fund for the World Cup.

He added that Qatar was “very comfortable” with oil prices that had fallen since 2014. 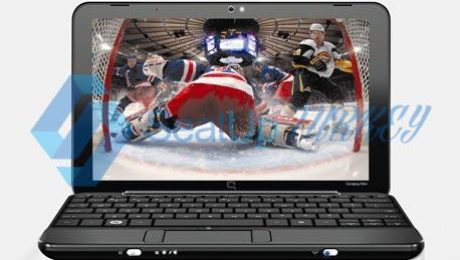 Technological developments that help teams to fill stadiums
Sony, Cisco, Microsoft, Mitsubishi and other companies are developing technology that will help sports teams improve their fans’ experience in the field. In an age where sports compete with the Internet, the PlayStation and television on the fan’s heart, investing more than $ 55 million in stadium technology is not a luxury but a must.

Technology changes the user experience, and the world of sports responds to change, albeit with a fashionable delay of five years. The delay comes not only from the big financial investment – the video board at New York’s New York football stadium has risen to $ 45 million, and investment in interactive screens is about $ 10 million – but also because the owners of groups in the United States are traditionally white, And conservatives. The director of the New York Yankees, Hal Steinbrenner, admitted that the technology on which the innovations were based exists. Cisco offered him the technology for the new stadium, which his team is building at an investment of $ 1.3 billion.

But the change is coming ….
It seems that young management’s blood, and especially a drastic change in the personal user experience in all the main applications in life – computer, cellular, Facebook – led the owners to understand that investing in a loving experience is no longer a luxury but a real need. In an age when sports compete with game consoles, television and the Internet for the potential fan’s free time, investing in the $ 15 million technology the Yankees have done at their new stadium is supposed to give them the lead in the race for the fan’s money.

Moreover, interactive video screens are an investment that returns itself quickly. why? Because it opens more places for sponsorship and advertising, and the possibility of issuing a sympathetic card – which will allow, for example, Ehud to choose the products he likes and advertised to know who fans come to the lot and all for $ 1.99 a month, or something like that.

Here are some of the experiences you’ll find in the latest stadiums – those of the Yankees in New York and the Cowboys in Dallas – and if you believe it enough, soon in your stadium hall .

In many luxury rooms it is already possible to choose camera angles at any given moment of the game, take a look at other games and talk to friends who are at home or in other stadiums. There are also traffic reports and recommendations on how to get home as quickly as possible from the field.

Interaction between the hall and the fans

Interaction between the fans and the video projected on the big screen at the stadium – including award competitions, quick surveys and questions for players. All this, of course, between one ad and another. This is a trivial but enjoyable app, especially if it is possible to add in the surveys the ability to oust some of the players.

Order food for your chair

Do not you want to wonder between a hot dog and a beer and lose time from the game? Soon you can order your snacks through the cell phone, and they will wait for you ready for takeaway at the mini market.

Singing with the stars
Video Call between players and fans, personal reports from the dressing rooms before the games and more. The goal, incidentally, is to lead to a deeper connection between the fans and the stars.

Play? I’m on the PlayStation

Re-broadcasts to the public during the game through a Sony PlayStation portable device, so fans in the field can watch major events in the game in real-time reruns.

An optimistic fiber that makes it possible to transfer the stadium experience to a friend of you who could not get to the game. Including the possibility of sending him video from the cellular phone, show him what he loses and of course remind him that a good friend does not abandon his team even if his mother-in-law has now filled 68 happy years on earth!!! 🙂